Posted on February 5, 2018 by vandysnape 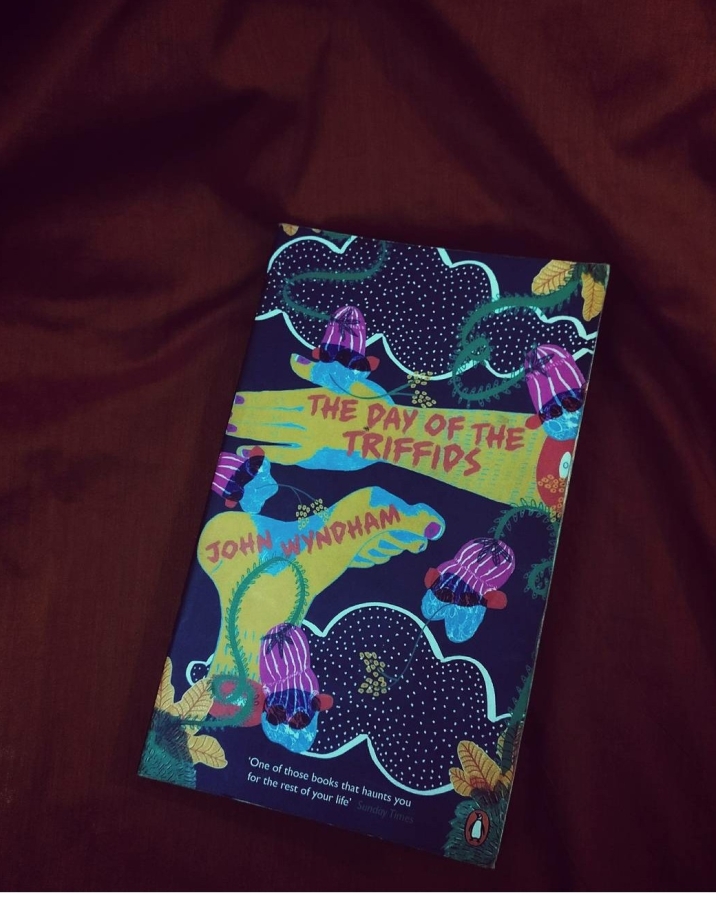 What is more horrifying than seeing civilization crumble? Would you live in a world where books are forbidden – a punishable offense? What happens when you wake up one day and find out everyone’s gone blind? Oh, did I mention there are some man-eating plants prowling in your backyard? Can you imagine a world that is black and white? I mean literally. What is it like to see your best friend disappear one day but you have to pretend as if nothing happened because if you don’t, you might be the next? What a ray of sunshine, huh?
See, that’s why I prefer post-apocalyptic/dystopian(PAD) fiction to traditional horror novels because of how close to reality they are. Reality is terrifying than ghouls and goblins speaking in tongues. I was introduced to this genre through the granddaddy of all dystopian fiction – 1984. More on that subject in upcoming posts. I am going to give my thoughts on another book in that genre – The Day of the Triffids. *This post has some plot points. So, spoilers ahead*

When I picked up this book I knew nothing about it. It had an alluring blurb and that was it. Like most people, I thought it was going to be technical and science fiction but the book explored the emotional aspect of an apocalypse – how people come in terms with the fact that life as they know it, has ended. Initially, I struggled to understand some extreme emotions in the novel. In the first chapter where people wake up blind, we see some men committing suicide, unable to cope up with the new reality. I simply can’t imagine people giving up within a mere few hours. As the novel progresses, we see groups of survivors trying to rebuild society from whatever is left of it. One of the groups tries to establish a colony with an ideology built around polygamy. In their own words, “…In our new world babies become very much more important than husbands”. Reading it out of context, this may sound bizarre but given the circumstances, it seemed like one of the few viable options for survival. As practical as it may be, I found the main character’s immediate acceptance of such an unconventional idea very unrealistic. But then these opinions are very subjective.
As the novel progressed I noticed how different this book is from all the PAD fiction I have read so far. All other novels dealt with a world already in the post-apocalyptic era (in most of the cases a form of totalitarian government). But this is the only novel which focused on the immediate aftermath starting from day one. It was terrifying, how fast things can descend into chaos! That is one reason I really liked this book and I am sure I will revisit it another day for a reread.
On a lighter note, my friends and I used to play this little game of planning for a zombie apocalypse. We’d have animated discussions about where we would store food, whether our office glass doors were strong enough to protect us (one more problem, they were see-through) and elaborate escape routes. So macabre, yes! This book scored big time in that regard. Now I have new insight into survival techniques that I have to share with my friends.
Apart from this, these are some of my favourite PAD fiction:
1984
Station Eleven
Handmaid’s Tale
The Giver
A Clockwork Orange.
So, do you have a favourite genre of books? Do you have favourite dystopian novel?

P.S Fun fact ! The movie 28 days later was inspired by the first scene of this book.